Personal injury and wrongful death claim are usually one of three types of claims:

Of the three types, negligence claims are the most common.  Generally, a defendant is negligent if he does something a person of ordinary prudence would not do under the same or similar circumstances or he fails to do that which a person of ordinary prudence would do under the same or similar circumstances.  Negligence law thereby imposes a “reasonable man” standard on a defendant's conduct.  Intentional torts are torts where the defendant's actions were intentional rather than negligent.  Examples include assault, libel and slander.  Finally, claims for strict liability are based on the dangerousness of a product or premises.  No negligence or intent need be shown.

Damages are available for personal injury and wrongful death claims

It is important to understand that personal injury and wrongful death claims must be brought within a certain period of time, called the “statute of limitations.”  Claims not brought within such time are barred as a matter of law. Figuring out the statute of limitations for a particular claim can be extremely difficult. Different states have different statutory time periods. Some states recognize the “discovery rule” which allows a plaintiff to bring a claim within a certain time of learning they have a claim rather than within a certain time of suffering their injury. 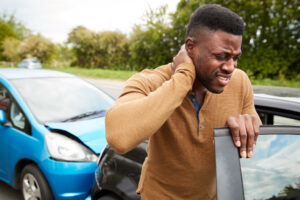 The classic example of such a claim is a one based on a doctor leaving a sponge or other foreign body inside a patient after surgery; in most states, the time to bring a claim under these facts does not begin to run until the patient actually learns that some foreign body was left inside him, rather than from the date of the surgery.  In the context of a claim for wrongful death, most states apply their statute of limitations beginning on the date of death, regardless of whether the decedent's family knew they had a claim at the time.

Statutes of limitations for personal injury and wrongful death claims vary from one to six years, with two years being the most common among the various states.  Because of the complexity involved in determining the applicable statute of limitations, it is very important that victims contact a qualified attorney the moment they feel they may have a claim for personal injury or wrongful death.  If they delay, they can lose their claim forever.

Many clients are concerned that they cannot afford an experienced, qualified attorney to handle their personal injury or wrongful death claim.  Heygood, Orr & Pearson, however, handles almost all such claims on a “contingent fee” basis.  A contingent fee is a fee based on a percentage (usually 40 percent) of any actual recovery.  Under such an agreement, the attorney typically pays all out-of-pocket expenses necessary to prosecute the case and is reimbursed for such expenses only in the event the client recovers money through a trial or settlement.  Similarly, the attorney only earns a fee – a percentage of the money received –  if the client recovers money.  Contingent fees allow injured persons and their families to afford top-notch legal representation without taking any personal financial risk.

To successfully bring about a personal injury or wrongful death claim, clients need an experienced, educated attorney on their side.  They also need an attorney with the financial resources to take the case to trial.

At S.D. Matthews & Associates, we have tried literally hundreds of cases to verdict and have settled hundreds more.   Stewart D. Matthews & Associates also has the financial resources to handle personal injury cases from beginning to end.  In fact, there are many instances when we have invested hundreds of thousands of dollars in a case in order to take it to trial. Based in Ennis, Texas, our law firm is prepared to handled cases involving personal injury and wrongful death that have occurred not only in North Texas but in other states as well. At Stewart D. Matthews & Associates, we are committed to achieving justice for our clients, whatever the cost.

Thank you for contacting us. We will get back to you shortly.

Please complete all required fields below.

S.D. Matthews & Associates is committed to answering your questions about Personal Injury, Auto Accidents, Truck Accidents, Hurt on the Job, Civil Litigation, Wills and Mediation law issues in Texas, Arkansas and across the United States.

We offer a free consultation and we'll gladly discuss your case with you at your convenience. Contact us today to schedule an appointment.